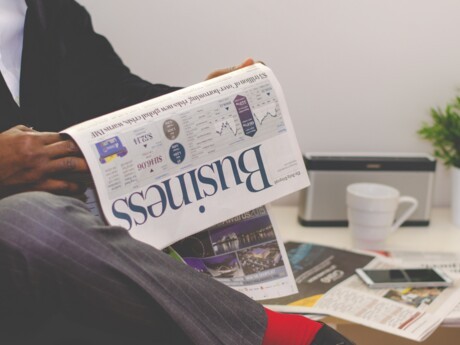 On the occasion of the 8thFIFA Women's World CupTM, of which Crédit Agricole is a national supporter, and as a Major Partner of the French Women's Football Team, the bank celebrates women's sports. Aware of the ties between media coverage and sports development, Crédit Agricole has designed a broad program to highlight the positive impact of sporting values for women.

This program echoes Crédit Agricole's goals with regard to "Sports as the School of Life" (Sport comme école de la vie), which brings together all of its national and regional sports partnerships (27 sports supported throughout the territory) and affirms the conviction that sporting values make us stronger.

Launched on par with the competition, this multi-media campaign shows how sports helps women achieve their goals. It is promoted in the press, at company agencies and on social networks. An original 30-second film broadcast on television and in the stadiums during the competition's 52 matches complements the program with #GrâceauSport.

The site ca-sportecoledevie.fr will also highlight dedicated content in the form of interviews and podcasts.

Find out more about the campaign here: https://ca-sportecoledevie.fr/cote-foot/grace-au-sport/

Throughout the month of June, the short program "Stronger Thanks to Sports", broadcast every Sunday since April on TF1 and sponsored by Crédit Agricole, will highlight portraits of women - football players, but others too - for whom sports have changed their outlook on life.

In order to experience a global event dedicated to women's sports, to foster ties between generations and convey the idea that sporting values make us stronger, employee "moms" of Crédit Agricole S.A. will be able to win over 50 tickets to attend the World Cup opening match with their daughters on June 7.

Encouraging public enthusiasm and offering support to the players of the French Team:

Welcoming the Women's World Cup is an opportunity for France. The bank shares France's passion for the "Blues".

The 9 Regional Banks with a host stadium in their territory are very involved locally and carry out - often in partnership with the districts and amateur football clubs - events alongside the cities and/or as a part of FIFA Fan Experiences. As a major player in local events and community involvement, Crédit Agricole will be gathering people to celebrate and engaging its network in promoting support and enthusiasm.

Seven FFF partners, including Crédit Agricole, will be participating in a promotional ad in support of the French Women's Team. A new and original idea by TF1 PUBLICITÉ to express our commitment toward the Blues and our combined efforts in backing our champions and women's sports.