Outcome of the Special Meeting of Crédit Agricole S.A.

With a quorum of 62.3% and more than 2/3 of votes in favour, the Special Meeting approved the resolutions proposed by the Board of Directors, namely: 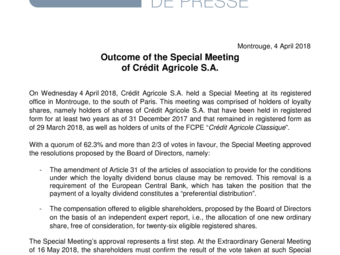