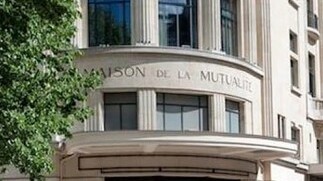 A Crédit Agricole S.A. General Shareholders' Meeting was held on Wednesday, 16 May 2018 at the Maison de la Mutualité in Paris in the presence of Chairman Dominique Lefebvre and Chief Executive Officer Philippe Brassac. This press release is provided for consultation by shareholders of Crédit Agricole S.A. pursuant to paragraphs 1., d) and 2., e) of Article 4 of Directive 2003/71/EC of the European Parliament and of the Council of 4 November 2003 and applicable national provisions, namely Articles 212-4 4° and 212-5 5° of the General Regulation of the AMF (French financial markets authority) and Article 13 of AMF Instruction 2005-11 of 13 December 2005 as amended. It is not a prospectus.

The option of receiving dividend payments in the form of shares is not available for shareholders residing in countries where such an option requires registration or authorisation from local stock market authorities. Shareholders residing France are advised to inform themselves of any local restrictions applicable in their country of residence and to comply with these rules. Shareholders are responsible for obtaining information on the conditions and consequences of such an option and of the conditions that may apply under local law. For tax-related matters connected to dividend payments in shares, shareholders should consult with their tax usual advisor regarding their situation. Shareholders who opt to receive dividend payments in shares should take into consideration the risks associated with investments in equities. This press release is available in French and English on the website of Crédit Agricole S.A.:  https://www.credit-agricole.com/en/finance/finance/financial-publications